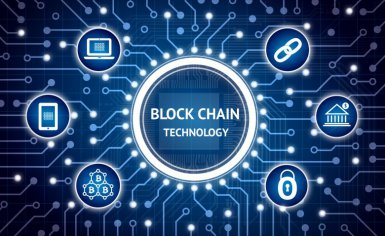 Blockchain, a bubble or must have? Today, many articles publish the use of blockchain for cryptocurrencies, storing transactions or keeping track of ownership, or a combination of all. Is blockchain indeed a high-tech must-have? Or is everyone entering the blockchain for no other reason than being innovative?

At Convidad innovating our client's software is our core business. Like with any change process, innovation is not a goal in itself. First, we explore the needs of our client's organisation. Latest technology we apply in a manner best suited for their business.

Clients often ask if they should enter the blockchain, and if so which blockchain best suits their purpose. This article addresses some of today's trending solutions, which Convidad can incorporate in your software innovation.

One of the most referred to examples of blockchain implementations is the solution offered by Everledger. Maintaining a blockchain ranging over 1.000.000 high value products, like diamonds, fine art and other valuable items.

Everledger is definitely a good practice of using the open structure of the blockchain to offer transparency and authenticity in the trade of high value products. In this sense reducing the risk of fraud and theft trafficking.

By combining public ledger with private ledger, a hybrid technical model is achieved. From the high security of the public blockchain, access is gained to secured information in private blockchains with permissioned controls.  Smart contracts ascertain the authenticity and consistency of the data stored in the chain.

Convidad partners with Everledger to bring the immutable digital footprint of an item to the blockchain. Everledger's proven track record as trusted service provider in blockchain technology offers a solid base for Convidad to build state of the art applications on top.

R3 collaborates with 80 of the world's largest financial institutions in building the distributed ledger platform Corda. While making use of blockchain technology Corda meets the high standards of the banking industry, without relying on central authority.

Corda is designed to record and process financial agreements. Contains smart contracts as an agreement whose execution is both automatable by computer code working with human input and control, and whose rights and obligations are legally enforceable.

As such, Corda is both a technology service and a legal framework applicable worldwide. One of the major challenges in building financial transaction solutions is compliance with KYC (Know Your Customer) regulations, to prevent fraud and money laundering. With Corda, KYC is met by establishing the identity of both a legal entity and an individual using KYC data and identity attestations by third parties.

Corda is not built on top of a cryptocurrency, but establishes consensus over transaction validity only by parties involved with the transaction in question. Consensus is not reached at ledger level, like with blockchain.

Convidad partners with R3 to bring blockchain technology to financial institutions and companies in need of a private ledger solution to settle contracts and transactions or to keep track of product ownership. R3's legal framework in combination with their close cooperation with the banking industry stands for a solid base to build trustworthy applications. 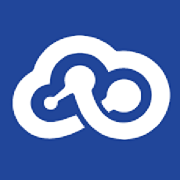 Microsoft Blockchain as a Service

As Microsoft Silver and BizSpark partner Convidad builds applications in the cloud on top of services like Azure. This enables Convidad to apply seamless integration and to offer continuous availability of applications.

In combination with the Smart Contract architecture and Cryptlets middleware services in Azure (project Bletchley), the EEA allows for steady integration with applications running in the cloud on Azure.

As an alternative to Ethereum, in May 2017 Microsoft announced support for other blockchain protocols straight from the open blockchain ecosystem on Microsoft Azure. This includes HyperLedger Fabric and R3 Corda, mentioned above.

Convidad's partnership with Microsoft offers a valuable addition to our expertise in building web and mobile applications with the latest technology, including blockchain.

Convidad partners with Ice House Netherlands to bring your technology dreams from initial idea to realisation. Ice House is specialised in developing product and business concepts and guides companies in their journey to product launch and beyond.

We often hear blockchain mentioned as key driver in innovation, as goal in itself. By thoroughly designing your ideas into concepts the true benefits of blockchain and other technology are brought into practice.

Combined with Convidad's agile software development approach the risk of investments is reduced and return on investment increased.